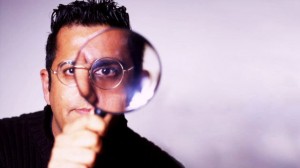 Our goal is “to encourage curiosity and promote rational thinking”, hence the positive title of the organisation. At the same time, this inevitably means battling against irrationality and pseudoscience. We are pro-science and pro-evidence, which means we are anti-woo and anti-quack. In short, we like skepticism, but not cynicism. We like nerds and geeks, but we hate bogus things without a jot of evidence.

Despite being a relatively-young charity, our work has taken many forms, including encouraging excellence in the teaching of maths, successfully challenging NHS spending on homeopathy, sponsoring awards for science blogging, organising awareness-raising campaigns about the nature of psychic claims, screening a documentary about James Randi & skepticism, investigating and reporting dangerous alternative health treatments, publishing factsheets on common pseudosciences, and more.

Over the coming years, we hope Good Thinking will sit alongside all the other excellent initiatives in UK skepticism, such as the Skeptics in the Pub network and QEDcon. Follow us on twitter @GoodThinkingSoc for news of activities, or use the sign-up form to subscribe to our newsletter.

Good Thinking is a Registered Charity No.1147404

The Good Thinking Society is a small charity that is pro-science and anti-pseudoscience. Some of our recent projects have been linked to education in schools, particularly supporting mathematics. These projects have been seeking funds from a range of organisation that support STEM education, but Good Thinking’s other projects are largely funded by donations from its founder, Simon Singh.

He will continue to fund Good Thinking with further donations and by offering to speak at fundraising events for any institution interested in lectures on cryptography, alternative medicine, The Simpsons & Their Mathematical Secrets, cosmology, Fermat’s Last Theorem and science in the media. The goal was to raise £20,000 at ten such events in 2014 and 2015. So far, Simon has raised over £23,000 through his lectures – thanks to everyone who has supported Good Thinking in this way. If you want to donate to Good Thinking by booking a talk from Simon, you can find out more and get in touch with us.

Good Thinking is particularly grateful for a donation of almost £4,000 from QEDcon in 2013, and a further donation of £3,000 in 2015. We are also grateful to those individuals who have supported us by donating over £5,000 in the first half of 2015. Find out how you can join them by making a one-off or monthly donation to help support our work. 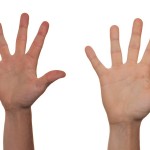 Get Active! Volunteer with the Good Thinking Society

One of the big strengths of the skeptical community is the breadth of talents, backgrounds, skills and passions we encompass. Here at the Good Thinking Society we’d love to encourage more people to get skeptically active, and to use their skills to help advance skeptical causes. With this in mind, we invite you to sign up … 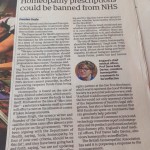 From time to time our work results in coverage in the mainstream media – this is an archive of media coverage of our work. 2020 Flat Earthers: What They Believe and Why (Scientific American, 27th March 2020) Cashing-in on Coronavirus: the charlatans and crackpots out to make a buck (Mirror, 26th March 2020) Homeopaths promise … 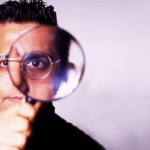 Simon Singh (Chairman) Simon is a science writer based in London. His first book was “Fermat’s Last Theorem” and his most recently he co-authored “Trick or Treatment (Alternative Medicine on Trial)” with Professor Edzard Ernst. You can visit his website at www.simonsingh.net. Michael Marshall (Project Director) Co-founder of the Merseyside Skeptics Society and co-organiser of …