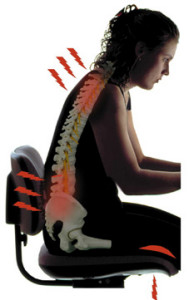 What is the Alexander Technique?

Alexander technique is a therapy based on relearning correct postural balance and coordination of body movements. Fredrick M. Alexander was an Australian actor whose career was threatened by a recurring loss of voice. Doctors were unable to diagnose any problem with his throat, but Alexander noticed that his silence was linked to his poor posture. In the early twentieth century he developed a cure for his problem which focused on relearning correct posture.

Alexander teachers encourage their patients to move with the head leading and the spine following. These patterns of movement and posture are rehearsed repeatedly with a view to creating new motor pathways and improving posture, coordination and balance. Essentially, the mind is taught to modulate the autonomic nervous system through regular, supervised exercises.

The Alexander technique quickly became popular with performing artists. It was then noted that, apparently, it was also useful for a wider range of medical conditions. Today Alexander teachers claim that it is effective for treating asthma, chronic pain, anxiety and other illnesses.

Alexander teachers instruct their clients in a series of exercise sessions, each lasting up to an hour. They guide the process of relearning simple postures and body movements through a gentle, hands-on approach. As plenty of repetition is needed, 30 such sessions are usually required to master the technique. This obviously demands a considerable level of commitment from the client, in terms of both time and money.

Very little research has so far been conducted on the Alexander technique. Some promising findings have emerged in terms of improvement of respiratory function, reduction of anxiety, reduction of disability in Parkinson’s disease, and improvement of chronic back pain. However, for none of these conditions (except perhaps chronic back pain) is the evidence sufficient to claim that the Alexander technique is of proven effectiveness. There are no serious risks associated with this method.

In short, the evidence for Alexander technique is not conclusive, but it might generate benefit for some health problems, provided patients are sufficiently committed and wealthy.