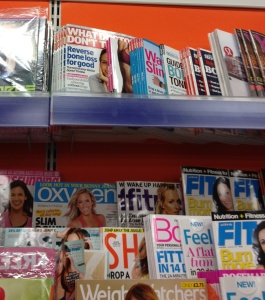 In October, WHSmith stopped selling the magazine What Doctors Don’t Tell You. Although we are not aware if this was as a result of complaints from those who support evidence-based medicine, we applaud this decision heartily.

What Doctors Don’t Tell You has since been campaigning for a return, untruthfully claiming to have been “banned” following a “relentless campaign by Pharma-sponsored trolls” and urging readers to complain to customer.relations@whsmith.co.uk.

This strategy seems to have been successful once already – Tesco had stopped selling What Doctors Don’t Tell You but appeared to reverse the decision following pressure from the magazine’s supporters.

We therefore encourage everyone to write to the same address, customer.relations@whsmith.co.uk, in order to thank WHSmith for removing this magazine from the shelves and to remind the company of our reasons for concern.

We have provided a template email below. Please feel free to either use this in its entirety or, preferably, edit it to make it your own. Individual personal emails may be more likely to have an impact. Just tweaking the opening paragraph makes a huge difference, e.g., As a regular visitor to your branch in Exeter, I write to…

Just take the text below, cut and paste it into an email, add your name at the bottom and send it to customer.relations@whsmith.co.uk (this link will automatically send us a copy of your letter to WHSmith – if you’d rather not share it with us, simply remove us from the bcc option).

I write to congratulate you on the decision to stop selling What Doctors Don’t Tell You. As several medical experts have pointed out, this magazine is consistently misleading, often dangerously so. I feel that it is potentially damaging for reputable mainstream retailers to give this magazine the credibility of a place on their shelves.

This magazine challenges well known and effective health interventions and advocates unproven pseudoscientific alternatives. Previous articles have wrongly claimed that the HPV vaccine has killed up to 1700 girls, that Vitamin C is an all-purpose elixir which could cure polio and AIDS and that homeopathy “reverses cancer”.

The advertising is equally problematic. The Advertising Standards Authority found that eleven of the ads in just two issues of the magazine were in breach of advertising guidelines on several counts. A further eleven ads from the same two issues were also problematic, with the advertisers agreeing to amend future advertising.

It is this sort of behaviour that has resulted in strongly negative coverage of the magazine on social media and in mainstream media (including The Times and BBC Radio 4).

I am aware that the publishers of What Doctors Don’t Tell You have been lobbying to persuade you to change your mind, urging readers to complain and falsely claiming that they have been “banned” from WHSmith following a campaign by “Pharma-sponsored trolls”. The truth is that I am just one of a huge number of concerned customers who does not want other customers to be misled and potentially harmed by flawed medical articles and adverts.

I trust that you will understand that the concerns regarding this magazine are legitimate and justified and that the responsible decision is to continue to not stock What Doctors Don’t Tell You.