Who Wants to Be a Mathematician – UK Final

A black plaque for Ramanujan, Hardy and 1,729 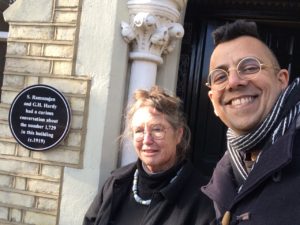 Simon Singh, on the new commemorative plaque at 2 Colinette Road, Putney, jointly funded by Good Thinking and the British Society for the History of Mathematics.

If you have read The Simpsons and Their Mathematical Secrets, then you will know the that final chapters are all about the mathematics hidden in Futurama. I discuss the repeated references to the number 1,729, and I explain why this number has become part of the folklore of mathematics. The explanation concerns the great English mathematician G. H. Hardy who was visiting his Indian colleague Srinivasan Ramanujan.

“I remember once going to see him when he was lying ill at Putney. I had ridden in taxi cab number 1729 and remarked that the number seemed to me rather a dull one, and that I hoped it was not an unfavourable omen. ‘No,’ he replied, ‘it is a very interesting number; it is the smallest number expressible as the sum of two cubes in two different ways.’”

You can find out more about the encounter and the significance of the number 1,729 in this Numberphile video.

Anyway, while writing my book, I thought I would try and visit the nursing home where the 1,729 encounter took place, as it was at 2 Colinette Road, Putney, not too far from my own home. The nursing home had closed down a long time ago, and the building was now a large home, so I sent a letter to the owner and was delighted to receive a reply from Deborah Gauld, who knew all about Hardy and Ramanujan, and who had been visited by various historians of mathematics over the years.

We talked about putting a plaque to mark the 1,729 conversation, and even approached the Putney Society, who run the local Blue Plaque scheme. Unfortunately, Ramanujan was not in Putney long enough to qualify, so Deborah and I decided to put up our own plaque, with any costs covered by Good Thinking and the British Society for the History of Mathematics. Thanks to Sarah Hart at the BSHM for her support, and thanks to Henderson Signs in Putney for making the sign and for this very cute invoice: 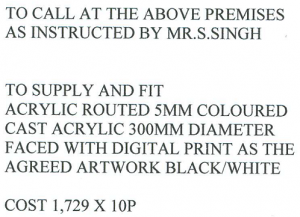 The plaque was installed on February 13, 2017, and here are some pictures of the big day. It was a very low key and informal event, with just me, Deborah and the nice man from Henderson Signs. However, at some point later this year we will hold a slightly more formal unveiling. In the meantime, if you are passing Colinette Road, please stop by No.2 and take a look at our lovely sign and spare a thought for Ramanujan and Hardy. 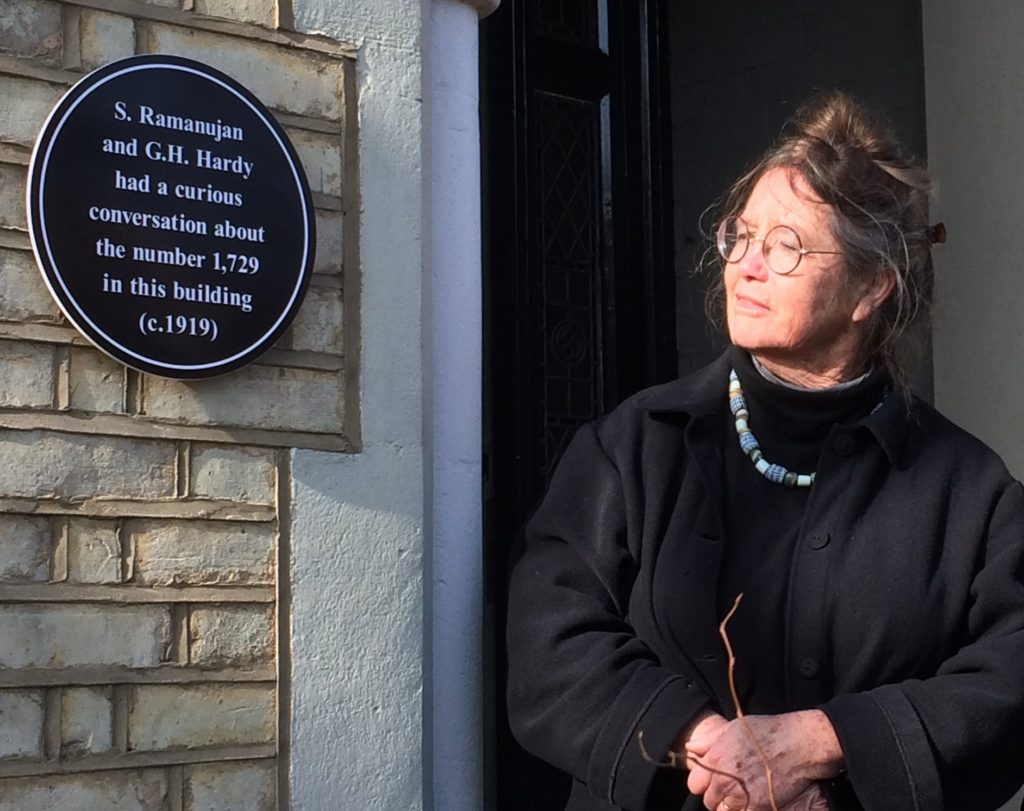