What is The Feldenkrais Method? 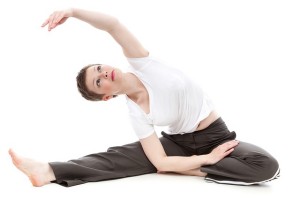 Moshe Feldenkrais (1904-1984) was a physicist and electro-engineer who suffered badly from chronic knee pain. No treatment he tried helped and he thus decided to develop his own cure.

The Feldenkrais method is based on the belief that body and spirit form a fundamental whole. The founder declared, ‘I believe that the unity of mind and body is an objective reality. They are not just parts somehow related to each other, but an inseparable whole while functioning.’ Feldenkrais published his first book outlining his philosophy in 1949 — Body and Mature Behavior: A Study of Anxiety, Sex, Gravitation and Learning.

The therapy is carried out in two steps: during the ‘functional integration’ phase, the practitioner uses touch to demonstrate to the patient techniques that improve breathing and body movement. During the subsequent ‘awareness through movement’ phase, the practitioner teaches the patient to correct so-called false movements.
The aim is to improve everyday functions. According to Feldenkrais, behaviour is not innate, but is merely acquired. False behaviour, he thought, was ‘a groove into which a person sinks never to leave unless some physical force makes him do so’ . His treatment, he was convinced, provides that force.

The therapy consists of a series of sessions usually carried out in small groups. Once the lessons are learned, the patient has to practise the techniques continuously at home. The conditions treated include musculoskeletal problems, multiple sclerosis and psychosomatic problems.

Only about half a dozen rigorous clinical trials are currently avail­able. Their results are far from uniform. Some, but not all, results suggest that the Feldenkrais method is useful for multiple sclerosis patients. For other conditions, the evidence is even less convincing. There are no conceivable serious risks.

The Feldenkrais method is not well researched, and the existing trials do not provide compelling evidence that it is effective for any condition.