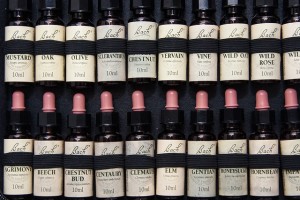 What is Bach Flower Remedies?

Edward Bach, who had worked as a microbiologist at the Royal London Homoeopathic Hospital in the early twentieth century, developed the concept of highly diluted plant infusions intended to cure emotional imbalances, which he thought to be the cause of all human illness. Inspired by the principles of homeopathy, Bach identified thirty-eight flower remedies, each one corresponding to an emotional disturbance such as depression, fear, loneliness or over sensitivity. Administering the correct remedy, he believed, would cure the emotional disturbance and consequently the physical or psychological illness. For example, heather is used to treat self-centredness and honeysuckle is an antidote for those who live in the past. Similarly, wild rose is supposedly helpful in cases of apathy, and vervain treats the opposite problem of over-enthusiasm.

Flower remedies (‘Bach Flower Remedies’ is a brand name) are produced by placing the fresh flowers into spring water. Subsequently brandy is added to make up the actual remedies, which are similar to homeopathic remedies in that both are usually so dilute that no pharmacological action is conceivable. Also both schools claim to work through some sort of ‘energy’ transfer. However, homeopaths are adamant that flower remedies are fundamentally different: succussion (or shaking) is not part of the process of making flower remedies, and their prescription does not follow the ‘like cures like’ principle.

Flower remedies can be bought over the counter, but proponents argue it is best to consult a trained therapist. A therapist identifies the patient’s underlying emotional imbalance, which, in turn, determines the choice of remedy. Flower remedies are also often recommended to healthy individuals with a view to preventing illness.

Several rigorous trials of flower remedies are available. None of them shows that this approach is effective beyond placebo in curing disease or alleviating symptoms. As the remedies are highly diluted, adverse effects are not likely.