What is Neural Therapy? 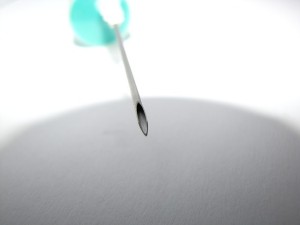 Neural therapy uses injections with local anaesthetics for the identification of health problems, treatment of diseases and alleviation of symptoms. The brothers Ferdinand and Walter Huneke were German doctors who pioneered neural therapy during the first half of the twentieth century. They made observations regarding the local anaesthetic Novocain which convinced them that injecting this drug around a ‘field of disturbance’ (Störfeld) generates dramatic effects in other parts of the body. This, they postulated, has nothing to do with the pharmacological action of the local anaesthetic, but is mediated through the autonomic nervous system.

One key event, for instance, was when Huneke injected Novocain into the skin around a leg wound of a patient who then was cured of an old shoulder pain within seconds. This type of observation was called Sekundenphänomen (phenomenon of a cure within seconds).

The brothers Huneke claimed the ‘fields of disturbance’, often old scars, injuries or sites of inflammation, can exert strong influences throughout the body which in turn can cause problems in distant body structures. Treating a particular problem may involve injecting Novocain or other local anaesthetics into one or two sites that may be ‘fields of disturbance’. When the correct site is located, the problem is cured.

Neural therapy is particularly popular in German-speaking countries. There are also many practitioners in the Spanish-speaking world, largely thanks to its promotion in the 1950s by a German- Spanish dentist called Ernesto Adler.

Injecting local anaesthetics into an area of pain will reduce that pain – but that is a predictable pharmacological effect and not what neural therapy is about. The concepts of neural therapy have little grounding in science, and the few clinical trials that exist have not produced any convincing evidence to support neural therapy. Occasionally, the local anaesthetic drug can cause adverse reactions, but such incidents are rare.

Although the injection of local anaesthetics as performed by many doctors can control pain, neural therapy is biologically implausible and is not backed up by sound evidence.