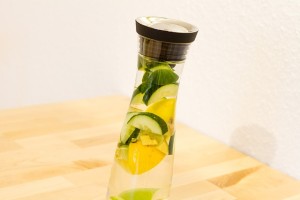 Detoxification or detox is the elimination of accumulated harmful substances from the body. Conventional detoxification has its established place in medicine, e.g. for eliminating poisons that have been ingested or injected. The term is also used for weaning addicts off drugs or alcohol. In alternative medicine, however, detox has been hijacked and has acquired a slightly different meaning. It is suggested that either the waste products of our normal metabolism accumulate in our body and make us ill, or that too much indulgence in unhealthy food and drink generates toxins which can only be eliminated by a wide range of alternative treatments.

Detox is often recommended after periods of over-indulgence, e.g. after the Christmas holiday. It is incessantly promoted by magazines and certain celebrities. In alternative medicine, detox can mean anything from a course of self-administered treatments to a week in the luxury of a health spa. The former, for example, might consist of a mixture of herbal and other supplements or several days of dieting, which costs just a few pounds. The latter, however, can cost a few hundred pounds.

The conventional form of detoxification can be life-saving. In alternative medicine, however, detox is a scam.  Supporters of alternative detox have never demonstrated that their therapies are able to reduce levels of toxins. This would be very easy to achieve, e.g. by taking blood samples and measuring blood levels of certain toxins. In any case, the human body is well equipped with highly efficient organs (liver, kidney, skin) to eliminate ‘toxins’due to over-indulgence.  Drinking plenty of water, gentle exercise, resting and eating sensibly would rapidly normalize the body after a period of over-indulgence. An expensive detox is not required to achieve this aim.

Detox, as used in alternative medicine, is based on ill-conceived ideas about human physiology, metabolism, toxicology, etc. There is no evidence that it does any good and some treatments, such as chelation or colonic irrigation (see separate entries in this Rapid Guide), can be harmful. The only substance that is being removed
from a patient is usually money.