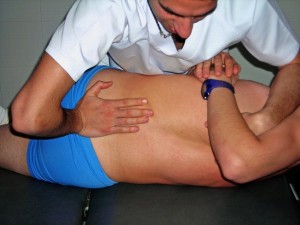 Osteopaths offer a manual therapy involving a range of techniques, particularly mobilization of soft tissues, bones and joints. The American Andrew Taylor Still founded osteopathy in 1874 – around the time when chiropractic therapy was created by D. D. Palmer. Osteopathy and chiropractic therapy have much in common, but there are also important differences. Osteopaths tend to use gentler techniques and often employ massage-like treatments. They also place less emphasis on the spine than chiropractors, and they rarely move the vertebral joints beyond their physical range of motion, as chiropractors tend to do. Therefore osteopathic interventions are burdened with less risk of injury.

In the US, doctors of osteopathy (DOs) are entirely mainstream and only rarely practise manual therapies. In the UK, osteopaths are regulated by statute but considered to be complementary/alternative practitioners. British osteopaths treat mostly musculoskeletal problems, but many also claim to treat other conditions such as asthma, ear infection and colic.

There is reasonably good evidence that the osteopathic approach of mobilization is as effective (or ineffective) as conventional treatments for back pain. For all other indications, the data are not conclusive. In particular, the overall conclusion from several clinical trials is that there is no good evidence to support the use of osteopathy in non-musculoskeletal conditions.

Because their techniques are generally much gentler than those of chiropractors, osteopaths cause adverse effects much less frequently. Nevertheless, people with severe osteoporosis, bone cancer, infections of the bone or bleeding problems should confirm with the osteopath that they will not receive forceful manual treatments.

The evidence that the osteopathic approach is effective for treating back pain is reasonably sound. If, however, you receive no significant benefit then be prepared to switch to physiotherapeutic exercise, which is backed by similar evidence and which can be done in groups and therefore is more cost-effective.