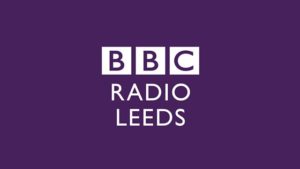 The BBC’s Executive Complaints Unit has upheld our complaint against a homeopathy phone-in on Liz Green’s BBC Radio Leeds programme.

Listeners were encouraged to call and text in to say whether homeopathy “has worked for them”. Two of the three callers interviewed were homeopaths, who were given significant air time and claimed that homeopathy is effective to treat a wide range of conditions.

We pointed out that the clear consensus is that homeopathy is scientifically implausible and has not been shown to be effective. In portraying the issue as an equally balanced debate, we believe the item suffered from “false balance”. We referred to Professor Steve Jones’ review of impartiality and accuracy of BBC science coverage, noting that impartiality does not simply lie in reflecting a range of views, but depends on the degree of prominence that views should be given. There should be no attempt to give equal weight to opinion and to evidence and it is important to consider the distinction between established fact and opinion.

We also raised concerns that misleading and inaccurate claims made by homeopaths during the programme were not sufficiently rigorously challenged.

The conduct of the phone-in did not sufficiently reflect the fact that there is no peer-reviewed scientific evidence that homeopathic treatment has any efficacy beyond a possible placebo effect, and claims by some callers about its effectiveness in a range of medical conditions should have been challenged.

The following action has been taken:

The team has discussed the finding and staff have been reminded of the need to ensure due impartiality, and apply appropriate weight to issues of a controversial nature. Staff have also been briefed on the BBC Academy articles and features on reporting science and pseudo-science.

The finding was published yesterday on the BBC website.