BBC upholds our complaint against homeopathy item on “Health: Truth or Scare” 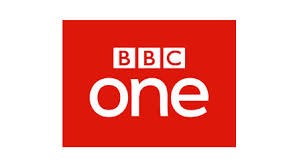 The BBC Executive Complaints Unit has partly upheld our complaint against an item on homeopathy, which featured in the BBC One programme Health: Truth or Scare.

The item explored a range of opinions on homeopathy, seeking views from a GP and from homeopath George Garlick. It also showed a trial of homeopathy on a patient suffering from perimenopausal symptoms.

The overwhelming and well-established consensus view is that homeopathy is not effective to treat any condition and there is no plausible mechanism by which it could work. It was therefore misleading to portray this issue as though there is genuine debate. We also complained that it was irresponsible to show one patient trying homeopathy, with the implication that any change in her symptoms (which already fluctuate) could be attributed to homeopathy. Had her symptoms improved during the trial, the audience would have been given a very misleading impression.

The BBC ECU agreed with us on these points and concluded:

Although the item included a number of script lines which made clear that the opinion of informed medical experts is that homeopathy was ineffective and a contribution from a GP which reinforced this point, it gave the overall impression that the relative validity of homeopathy and conventional medicine was still a matter of debate.

We also raised concerns regarding suitability of homeopath George Garlick as a significant contributor. Following the programme, we looked at his advertising online and were shocked to find him claiming to treat “everything from conception to death, coughs to psychosis, autism to cancers”. We complained that viewers might be at risk if they were to seek treatment for these conditions from a homeopath after watching the programme. However, the ECU did not agree with us on this point, arguing that whatever his public claims for homeopathy in relation to serious conditions, he made no reference to these in the programme.

The finding was published yesterday on the BBC website.