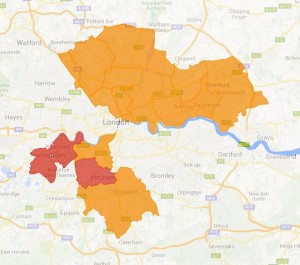 During the initial phases of our NHS homeopathy campaign, we reported on our investigation into where in the country homeopathy is available on the NHS. Our aim was to identify which regions had the highest  homeopathy spending so as to provide a focus for the first steps of our campaign, but our figures also revealed something quite unexpected.

Despite submitting Freedom of Information (FOI) requests, to the 17 Clinical commissioning Groups (CCGs) in and around London, none of them were willing or able to divulge how much they spent on homeopathy services at the Royal London Hospital for Integrative Medicine (RLHIM).

However, recently there has been an interesting development. A supporter of Good Thinking and a resident of one of the 17 CCGs wrote to his local MP, Dr Tania Mathias, to ask for her help in establishing how much funding NHS Richmond CCG spends on homeopathy each year. We are very happy to say that Dr Mathias MP took  contacted the CCG for a response, and NHS Richmond confirmed to her that they spent £31,797 in 2013/14 and £32,848 in 2014/15.

Given this success, we’d like to find a resident of each the other 16 CCGs in question who would be willing to write to their local MP to help us fill in the remainder of the blanks. The CCGs in question are listed below, along with the local constituencies the CCG covers and the relevant MP. We only need one volunteer per CCG, from any of the constituencies relevant to that CCG.

If you live in one of the constituencies listed and you’d like to help us with our campaign, please get in touch, stating which constituency you live in and which MP you’d like to contact, and we can provide more information on the questions to ask. With your help, we can get to the bottom of just how much NHS money is wasted on homeopathy in London.

Note: Strikethroughs show where we already have volunteers. It only takes one volunteer and MP per CCG, but for some CCGs contact with multiple MPs would increase the chance of success.