Should Homeopathic Remedies Be Blacklisted On The NHS?

NHS Homeopathy spending around the UK 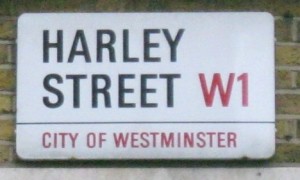 In May of this year we investigated each of the complementary and alternative medicine practitioners who had appeared on the BBC’s Inside Harley Street programme. All seven of them were making misleading and unsubstantiated claims on their websites so we reported them all to the Advertising Standards Authority.

Our complaints were reported in the Sunday Telegraph and described in further detail in our original blogpost.

Five months later, we are happy to report that the ASA agreed with us that all the websites were problematic and that they have taken steps to address our concerns.

However, although some changes have been made, six of the seven websites are still making claims which we consider to be in clear breach of the CAP Code and which put the public at risk. We are therefore continuing to monitor these advertisers and to share concerns with the appropriate regulators.

Four of our seven complaints were formally investigated by the ASA. Three of these complaints – Michael Culp (Natural Health and Wellness Centre),  London Leech Therapy and Lesley Parkinson (Brainhealth) – were “informally resolved” when the advertisers agreed to amend their websites. The fourth, against EFT practitioner Susan Kennard, was upheld. The adjudication may be read in full here.

Of these, only London Leech Therapy appears to have made changes sufficient to bring them into compliance. The homepage has been taken down and the website is currently “under construction”.

Lesley Parkinson has amended her website to remove some of the problematic claims, including her use of the title “Dr”, but we are still waiting for all of the agreed changes to be made and will inform the ASA if there is any further significant delay.

Michael Culp continues to use the title “Dr” in such a way that could misleadingly imply that he has a medical background. A large number of further misleading claims remain on his website, regarding questionable treatments and diagnostic techniques. We have therefore submitted a further complaint to the ASA regarding his website.

Susan Kennard had removed some problematic claims prior to the publication of the adjudication against her. However, she continues to claim that EFT can help with Post Traumatic Stress Disorder despite the absence of good evidence that this is the case. We will update the ASA if the necessary changes are not made to her website during the coming weeks.

Our complaints against both the Zhai Clinic and Ainsworths homeopathic pharmacy were referred to the Committee of Advertising Practice (CAP) compliance team. No changes appear to have been made to either of these websites. The Zhai Clinic continues to advertise Chinese herbal medicine and acupuncture as fertility treatments, despite a lack of evidence of effectiveness. The Ainsworths website continues to advertise a selection of highly questionable homeopathic products, including some which share their names with health conditions or with prescription drugs (eg Osteosarcoma, Temazepam). We await further news from the ASA and CAP.

Our complaint against Dr Margareta Griesz-Brisson (the Energy Clinic) was referred to the Medicines and Healthcare products Regulatory Agency (MHRA). Similarly, this website does not appear to have been amended and continues to advertise vitamin infusions, which could be considered to be prescription only medicines. We do not know what action, if any, has been taken and have therefore also contacted the MHRA directly.

We urge the advertisers in question to take immediate steps to address our concerns. We will not consider our complaints to have been resolved until all of their advertising complies with the CAP Code.