For Schools: Teaching students that the world is flat… in the name of science

Leading retailers respond to widespread condemnation of Get Well magazine

Serious concerns about health misinformation had previously led to a magazine being removed from shelves. A rebranded, relaunched version was soon widely condemned.

Tesco has now confirmed they are no longer selling Get Well magazine. We hope other retailers will soon follow suit. 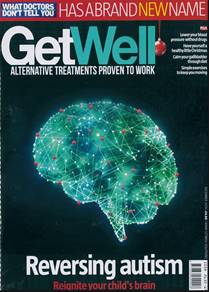 What Doctors Don’t Tell You recently relaunched in print as Get Well, causing shock and outrage with its “Reversing autism” cover. Jane Harris of the National Autistic Society said the claims were “deeply irresponsible”. Jon Spiers, chief executive of Autistica said it is “deeply concerning to hear that this publication is being sold in major UK retail outlets”.

Get Well’s December 2019 issue was on sale in Tesco, Sainsbury’s, Asda and Waitrose. We asked those retailers whether they intend to continue stocking the magazine.

Here’s how they responded:

We await the outcomes of the retailers’ reviews with interest and we will be contacting them again if the magazine continues to appear in stores.

The concerns surrounding the last issue are just the tip of the iceberg. What Doctors Don’t Tell You regularly challenges well known and effective health interventions, while advocating unproven and pseudoscientific alternatives. It has previously caused serious concern  over misleading claims that the HPV vaccine has killed up to 1700 girls, that Vitamin C is an all-purpose elixir which could cure polio and AIDS and that homeopathy “reverses cancer”.

We believe that in allowing this magazine the credibility and the reach of a place on their shelves, that leading retailers could be putting customers at risk.