A black plaque for Ramanujan, Hardy and 1,729

Who Wants to Be a Mathematician – UK Final

On Feb 9, 2017, we held the first UK final of Who Wants to Be a Mathematician, in front of an audience of several hundred maths students attending this year’s Maths Fest.

Congratulations to the six finalists, who fought through two rounds of online testing, and well done to winner Connie Bambridge-Sutton from Reigate Grammar School and runner-up Simon Wisniewski from St Paul’s Catholic College.

We’d like to say thanks to Matt Parker and Sarah Cooper, organisers of Maths Fest, for hosting the final, and we’d like to say a huge thanks to Mike Breen of the American Mathematical Society, who developed the competition and encouraged us to try it in the UK.

This year, it was very much a last minute effort to run the competition, so thanks to all the teachers and students who took part, despite the tight deadlines. Three hundred schools were involved in the first round, which was brilliant.

The response has been so positive that we hope to run the competition again this year, with the winning student earning a place in the international final in America. This means that we are actively looking for a sponsor, so please get in touch if you are a company or university with £10,000 available to support a national maths competition. Bear in mind that this is a truly great way to reach thousands of bright young mathematicians. 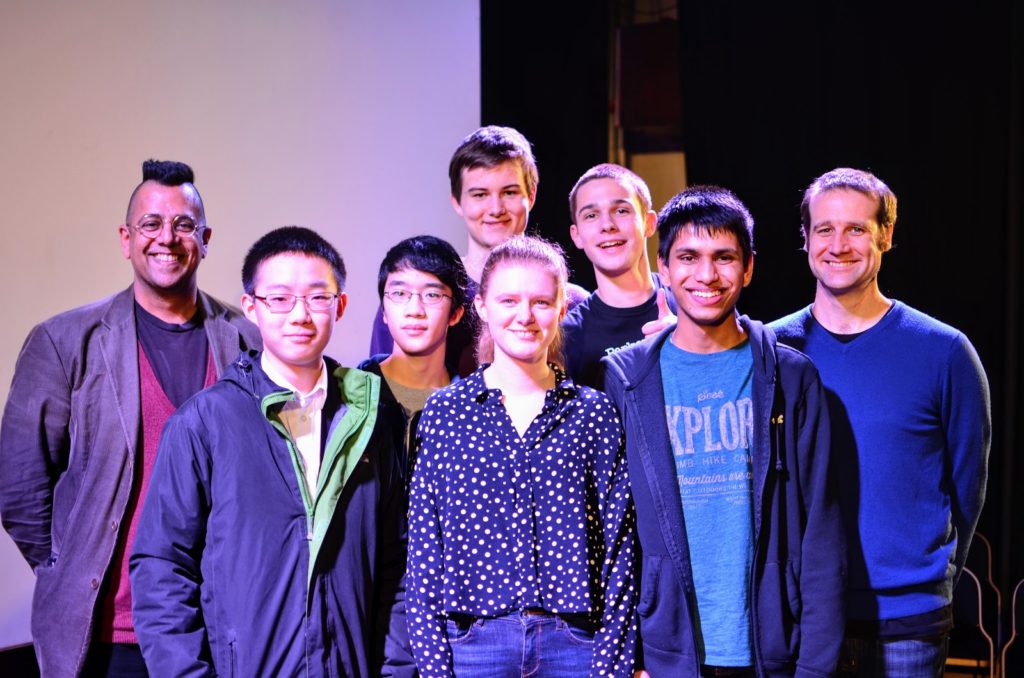