The Good Thinking Society is a small charity, aimed at encouraging rational thought and skeptical enquiry. In order support our activities science writer Simon Singh will be undertaking a series of fundraising lectures. If you are interested in booking Simon for one of these lectures, please get in touch. 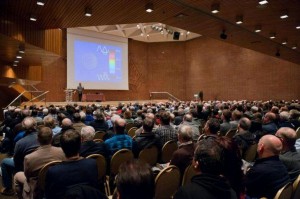 Simon Singh, who founded Good Thinking, is an international bestselling science writer, whose books include:

Simon is willing to talk about the themes behind any of his books, and he is also able to discuss the issue of science and the media. In particular, he is keen to talk about the history of encryption, a lecture that involves a demonstration of Simon’s genuine Enigma cipher machine. For example, earlier this year, Simon gave the following talk to a global information security company: 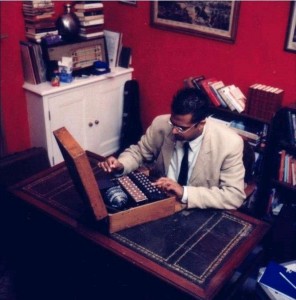 In “The Code Book”, a history of cryptography, the author Simon Singh included ten encrypted messages with a prize of £10,000 for the first person or team to decipher all of them. Thousands of amateur and professional codebreakers took up the Cipher Challenge, but it took over a year before the messages were cracked. Simon Singh will be talking about how he constructed the Cipher Challenge and how the winners eventually cracked it. He will also be using the Cipher Challenge to give an introduction to the history of cryptography and to demonstrate why encryption is more important today than ever before. In particular, he will discuss what the Cipher Challenge can teach us about Internet security. The talk will include a demonstration of a genuine Second World War Enigma machine

Simon Singh is a science journalist. Having completed his Ph.D. in particle physics at the University of Cambridge, he joined the BBC’s science department in 1990. His documentary about the world’s most notorious mathematical problem was nominated for an Emmy and won a BAFTA. In 1997 he wrote a book on the same subject, entitled Fermat’s Last Theorem, which was the first maths book to become a No.1 bestseller in Britain. In 1999 Simon published The Code Book, a history of codes and codebreaking, which also became an international best-seller. He presented a 5-part series on the history of cryptography for Channel 4, entitled The Science of Secrecy. His most recent book is The Simpsons and Their Mathematical Secrets.

TO ARRANGE FOR SIMON TO GIVE A TALK, PLEASE GET IN TOUCH.