Yuji Okitani wins UK ‘Who Wants to Be a Mathematician’ Final 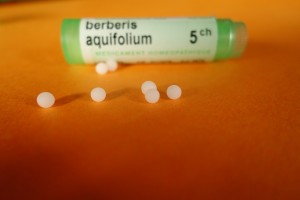 Earlier today, NHS England announced recommendations that GPs should no longer prescribe homeopathic treatments or herbal remedies, and called on the Secretary of State for Health to put both on the NHS Blacklist, which would prevent any NHS funds being spent on prescribing either treatment.

The announcement came after NHS England’s consultation on “Items which should not be routinely prescribed in primary care”, which identified 18 products that should be restricted from prescription, bringing a saving of £141m to the NHS.

The consultation invited members of the public and homeopathic bodies to have their say on homeopathy prescriptions, giving homeopaths the opportunity to present the strongest case possible for their chosen treatment. After an independent review of the evidence presented by homeopaths, NHS England concluded that there was “not a clear or robust evidence base for homeopathy”.

The Good Thinking Society welcomes this announcement from NHS England, noting that it is particularly encouraging to see NHS England take the additional step of requesting the Department of Health blacklist homeopathy.

Michael Marshall, Project Director of the Good Thinking Society, said: “We are very pleased to see these recommendations by NHS England, coming two years after we first raised the issue of blacklisting homeopathy to the Department of Health. It is particularly commendable that NHS England took the additional step of actively recommending to that homeopathy be blacklisted. We will be writing to the Department of Health to urge them to take this recommendation seriously and to take swift action.

“Today is another hugely significant milestone for all supporters of evidence based medicine, for everyone who has campaigned on this issue, and for anyone who believes the NHS should only spend their limited resources on treatments that actually work.”

In June 2017, NHS Enfield CCG became the first CCG in London to review its funding for homeopathy, deciding to end funding for the treatment after 78% of respondents agreed that homeopathy should not be funded by the CCG. With the Royal London Hospital for Integrative Medicine receiving an estimated £3m per year to provide homeopathy services in London, attention must now be falling on the rest of London CCGs to follow Enfield’s lead.

Speaking of the decision in Enfield, Michael Marshall said, “Over the last few years, more and more NHS bodies have chosen to follow the evidence and to take sensible and responsible decisions to ensure limited resources are not wasted on these treatments, which have been shown to be ineffective.

“London and Bristol are the only areas in England who still fund homeopathy, and we know the Bristol area CCGs have been watching the NHS England consultation carefully before announcing the results of their consultation. The time has come for the last remaining sources of homeopathic spending to be closed, and for the NHS to dedicate its resources to treatments that can be shown to be genuinely beneficial to patients”.

Good Thinking’s research showed that an estimated £4.7m was spent by the NHS on homeopathic treatments in 2016/17, with £2.9m spent within the London area.

To support our campaign to challenge NHS homeopathy funding – as well as our other projects, including our maths education project and our work investigating misleading claims by health workers – you can make a donation to Good Thinking today.