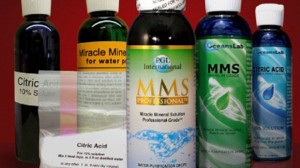 As we highlighted in our warning last week, the Genesis II Church of Health and Healing seminar took place last weekend in Farnham, Surrey at an undisclosed location. This organisation promotes ‘Miracle Mineral Solution’ – a form of industrial bleach –  as a treatment for a wide range of health conditions including cancer, malaria and autism.

Due to the seriously dangerous and misleading nature of the claims made by Genesis II in the past, in the run up to the event we worked with campaigner Fiona O’Leary and other skeptical activists in order to share our concerns with the media and to support Trading Standards in taking action.

As a result of our work in highlighting the seminar to the authorities, Buckinghamshire and Surrey Trading Standards have released the following statement confirming that after negotiations involving a police presence, Trading Standards Officers entered the building where the event took place to engage Genesis II, and will be writing to the individuals involved confirming that legislation applies: 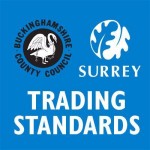 On Friday 12th June Trading Standards Officers made their presence known to people arriving for the “Genesis II Church of Health and Healing” seminar at Farnham Railway Station. They explained concerns about the safety of any products, or guidance on self treatment, that they might be obtaining at the seminar, and distributed advice from the UK Food Standards Agency.  These people, however, were not interested in listening to officers and they were taken by cars to a nearby property.

Trading Standards Officers then identified the house where the event was taking place and were satisfied that as it was not being used only as a dwelling that they were entitled to enter and inspect. An attempt was made to speak to the people organising and hosting the event which was initially refused but after negotiations, eventually involving a police presence, arrangements were made to enter and speak to a person in charge.  This involved explaining the purpose of the visit and the requirements of the relevant legislation.

Trading Standards Officers were told that no products were supplied at the event and they found no evidence that MMS had been supplied. However they expressed serious concerns that consumers are being misled and subsequently the individuals identified as facilitating and running the event are being written to confirm that legislation applies. Provisions of The Consumer Protection from Unfair Trading Regulations 2008 and the Cancer Act 1939 are being drawn to their attention so that they know exactly where they stand regarding their activities.

Buckinghamshire and Surrey Trading Standards would like to speak to anyone who attended this event. We are concerned that very vulnerable people are being manipulated and misled in order to profit from their misfortune. Based on the claims made on the Internet, and elsewhere, we believe that criminal offences could be committed at these types of events, and where they are substantiated we won’t hesitate to take action to protect residents. If you wish to speak to Trading Standards regarding this please call 01296 388771.

We strongly feel that such events put vulnerable people at considerable risk of harm. We therefore congratulate Buckinghamshire and Surrey Trading Standards in their efforts to protect the public and hope to continue to support them in their work.

If you have any further information regarding the event or any of the individuals involved, we urge you to get in touch with Trading Standards on the number provided.