Rationalism And Asians In Britain event

Vets call for a ban on homeopathic remedies for animals

In an open letter delivered to the RCVS this morning, more than 1,000 vets have called for the Royal College of Veterinary Surgeons to protect the welfare of animals by banning qualified vets from prescribing homeopathic remedies. 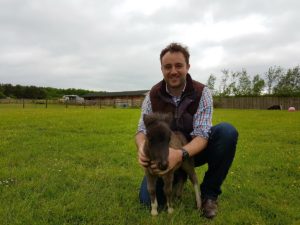 Vet Danny Chambers is calling for an end to veterinary homeopathy

The letter, written by Devon-based vet Danny Chambers, highlights the lack of evidence behind homeopathic treatments, explaining that while the remedies are nothing more than inert sugar pills they put animal welfare at risk when used in lieu of a proven treatment.

“Members of the public put their trust in veterinary surgeons because they assume that their medical knowledge and training was gained during an accredited degree at an accredited university” writes Chambers, “They do not assume that they will be offered the veterinary surgeon’s personal beliefs in therapies that have absolutely no basis in science.”

Mr Chambers says he was motivated to write the letter after having to euthanize a number of homeopathically-treated animal whose condition would have been treatable had conventional medicine been prescribed in time.

“I remember one case where a horse presented with Cushing’s disease, which is very treatable with a drug called pergolide. Unfortunately, the owner had sought the advice of a vet who decided the horse should be given homeopathy instead. Without getting real treatment, the horse developed severe laminitis. By the time I was brought in for a second opinion the laminitis had become untreatable, and the horse had to be euthanized.”

“How was that owner meant to know that the advice they’d received from a qualified vet was so dangerously wrong?” added Chambers. “It shouldn’t be on the owner to determine if their vet’s advice is correct or not – it’s for the RCVS to make sure that vets are providing advice consistent with what we know to be safe and effective.” 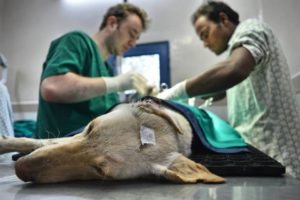 “It is unethical to inflict ineffective alternatives on creatures that have no choice in the matter,” says vet Danny Chambers.

His letter has been supported and signed by more than 1,000 vets, with 1,600 further signatures from veterinary nurses, veterinary students, pharmacologists, scientists and concerned members of the public

“The health of animals is totally in the hands of the humans charged with their care,” said Mr Chambers, “It is unethical to inflict ineffective alternatives on creatures that have no choice in the matter.”

“This is an opportunity for the veterinary profession to show its commitment to evidence-based medicine, and if the RCVS aren’t willing to take a clear stand on this matter they implicitly endorse a practice which potentially endangers the wellbeing of countless animals. It is unfair to misuses an owner’s often limited financial resources on a ‘treatment’ that does nothing but offer false hope.”

Homeopathic remedies have come under increasing pressure in recent years, following the publication of a 2010 review by the government’s Science and Technology Select Committee which concluded that “homeopathic products perform no better than placebos.” NHS Liverpool CCG recently became the latest health body to cease funding homeopathic treatments , while a consultation by the Department of Health is set to review whether the remedies should be added to the Schedule 1 ‘Blacklist’ and banned from prescription by GPs.

Michael Marshall, Project Director of the Good Thinking Society, which has supported Mr Chambers in his petition, said: “A ban on the prescription of homeopathic remedies for animals would be a clear statement by the RCVS to show they put animal welfare first. Vets are enormously qualified professionals who by and large do a great job, but unfortunately it’s clear that a minority are still willing to prescribe treatments that have been comprehensively shown to be entirely ineffective.

“While it’s undoubtedly the case that vets who use homeopathic treatments do so with the best of intentions, that unfortunately doesn’t change the fact that these treatments are at best a waste of time and money, and at worst they represent a genuine threat to the wellbeing of the animal”.

The full text of the petition is available at Change.org.

Coverage of the campaign