Our submission to the Charity Commission’s CAM charities review 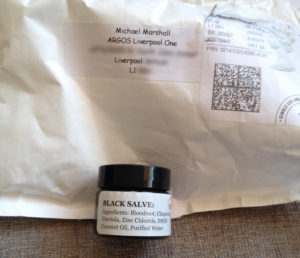 eBay has removed all listings for black salve after an investigation by Good Thinking revealed that the dangerous (and ineffective) alternative cancer ‘cure’ was not only available for purchase from the company’s website, but could be delivered via their ‘Click and Collect’ service to a large number of high street stores.

After spotting Black Salve for sale on eBay, Good Thinking purchased a pot of the highly caustic ointment, ordering it for delivery to the Liverpool One branch of Argos for collection. As well as being sent the product, we were also sent by the seller instructions on its use, including links to a number of Youtube videos which made it clear that the product was intended for the treatment of cancer.

Black salve is a highly dangerous substance which is able to cause severe damage to the skin and extreme scarring. In claiming to treat cancer, it also can cause patients to forego or delay genuine treatment, exacerbating it’s potential for serious harm.

Our investigation gained major coverage in The Times, who reported:

Lives are being put at risk by an “extremely dangerous” fake cancer cure that is being sold on eBay and can be collected from supermarkets, scientists have warned.

Black salve, a highly corrosive ointment, is being advertised online as an alternative treatment with a “unique ability to discriminate between healthy [and] abnormal tissue”.

Under eBay’s “click & collect” service, the medicine can be collected from supermarkets, including Sainsbury’s, and Argos, which campaigners fear could add legitimacy in the eyes of potential buyers. In some cases, buyers of black salve were offered Nectar points as part of the tie-up. 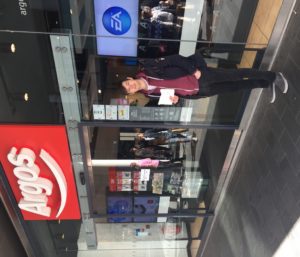 Michael Marshall collects the the Black Salve delivery from Argos, Liverpool One

Following our investigation and contact from The Times, the Medicines and Healthcare products Regulatory Agency ordered eBay to remove all black salve listings – two weeks later, there are still no listings for the product on eBay.

“Black Salve is phenomenally dangerous, as the many gruesome photographs depicting its application ably demonstrate”, said Michael Marshall, Project Director of the Good Thinking Society, who made the test purchase.

“It was sold with the intent that it be used to treat cancer, as was made clear from the instructions and videos we were sent as part of the sale. It is quite simply astonishing that this caustic substance can be picked up from a respectable high street store with no questions asked.”

“eBay and Argos are two of the most recognisable brands in UK retail – they should not be in the business of facilitating the sale of dangerous products which are sold with extreme and misleading claims to consumers who are potentially seriously ill.”

With all listings for black salve currently removed from eBay, the company appears to have taken steps to protect vulnerable customers from extremely dangerous quackery. Good Thinking will continue to monitor the site to report any further listings that appear. And, of course, if you see black salve on sale anywhere, please let us know.