To a large extent, the British Parliament is a scientific black hole, populated in the most part by non-scientists who use ideology to trump evidence when developing policies. However, there are beacons of light that stand out in this gloom and we would like to recognise them with a Golden Eagle Award, as opposed to a Golden Duck.

Is your MP a Golden Eagle? Have they introduced evidence-based information into a policy debate? Have they tried to counter pseudoscience? Perhaps they are vocal backers of the All Trials campaign? Maybe they made a scientifically important contribution to debates on health, badgers, GM crops, smoking, alcohol or climate change. In short, if you think that your MP (or any other MP) is standing up for good science then we’d like to know.

You can nominate using this form. Nominations will be open until midnight on the 1st December 2013. Once closed, we’ll compile a shortlist of nominees and you will be able to vote for the winner. We are not sure of the prize yet, so any suggestions would be very welcome. 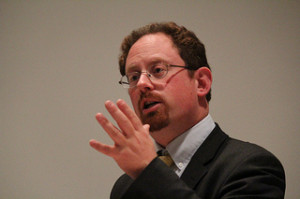 (as opposed to the Golden Duck award for promoting quackery) Earlier this year, we toyed with the idea of an award to recognise those politicians who promote pseudoscience and anti-science. Names such as David Tredinnick (Conservative) came to mind for a whole series of reasons, ranging from his vocal support of homeopathy to his sympathy …