However, Good Thinking became concerned about the appropriateness of the appointment after checking the website of Somerset Homeopathy, where Ms Pilkington had claimed that homeopathy was an effective treatment for Covid-19.

In a now-removed “Coronavirus” section of her website, Ms Pilkington claimed that homeopathy has a “great track record of success in epidemics such as the Spanish Flu in 1918” and that it was “used prophylactically against Leptospirosis in Cuba in 2007”. Other false and misleading Covid-19 claims on the website included:

The current primary homeopathic remedy advised for Coronavirus (2019-nCoV) symptoms is Gelsemium with a possible following remedy of Eupatorium Perforatum, Bryonia or Belladonna depending on how the symptoms progress.

Besides Ms Pilkington’s website, we were also concerned to see that her social media profiles had shared anti-vaccine misinformation, including the claims that “vaccines are poison”, that they cause eczema, that the current vaccine schedule is to blame for “increasing chronic disease”, and that unvaccinated children are healthier than vaccinated children. 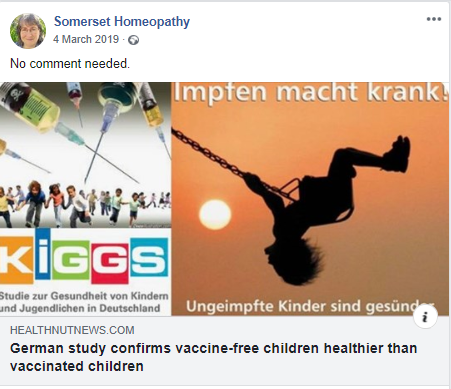 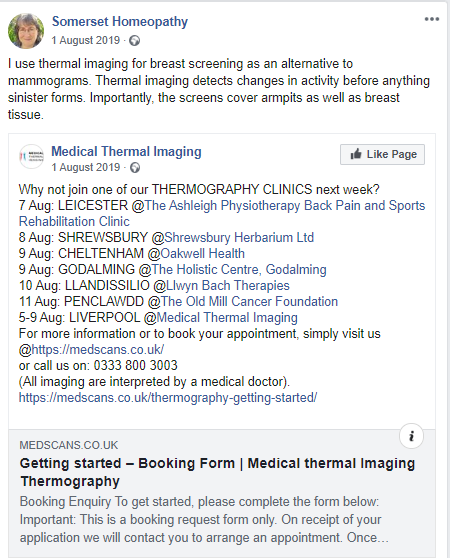 Given that Ms Pilkington’s role at the Society of Homeopaths was in safeguarding and professional standards, we found the content of her website and social media profiles to be shocking, and we shared our concerns with the Professional Standards Authority.

Although the SoH were only recently granted re-accreditation, having been found in June to have met conditions imposed on them at the start of the year, the PSA have subsequently confirmed to The Telegraph that they have begun an in-year review of the SoH’s status. Ordinarily, organisations are reviewed on an annual basis, but if the PSA feel they have information that requires further investigation, they can choose to initiate an extraordinary review during the year. This in-year review could see new conditions imposed upon the SoH, and could even see its accreditation being withdrawn.

We welcome this news, especially given that the Society of Homeopaths had been told explicitly at the start of the year that in order to retain their accreditation they must ensure that their members do not share misleading claims that undermine the efficacy or safety of vaccinations. It was these conditions which persuaded us to withdraw the legal challenge we had made to their 2019 accreditations, as we felt the conditions went some way toward alleviating our concerns over the claims made by homeopaths regarding vaccines and the treatment of autism.

However, in the same month that the society were deemed to have met those conditions, it appointed to a position of responsibility a homeopath who promoted anti-vaccine propaganda, alongside ineffective Covid-19 treatments and ineffective screening tools for cancer.

“In our opinion, the PSA has a simple choice to make: remove the Society of Homeopaths and their uninformed vaccination paranoia from the register, or continue to allow homeopaths to make these dangerous claims with the tacit approval of the PSA.” said Michael Marshall, Projector Director of the Good Thinking Society.